…in 950 displays….that is the Bellingrath Gardens Magic Christmas in Lights show.  Located Southwest of Mobile, Alabama, the home and gardens of the late Mr. and Mrs. Walter Bellingrath are open to the public year round.  But at Christmas, they really put on a show.

Here are pictures of a few thousand of the 3 million lights: 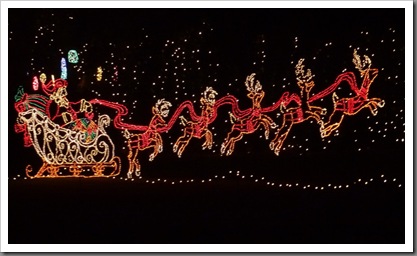 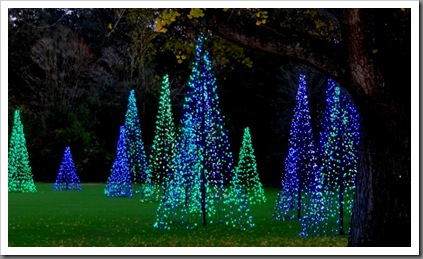 Many of the displays were set either on or around a lake, so we were able to capture reflections: 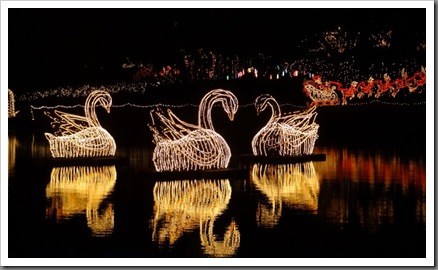 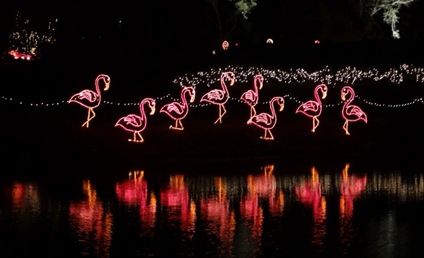 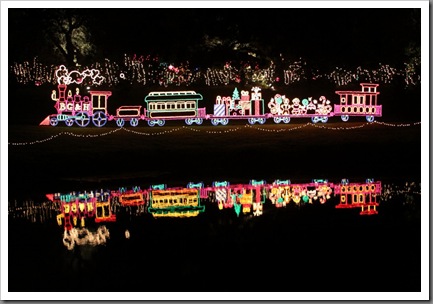 Some were designed to give us the feeling we were actually in or under the water! 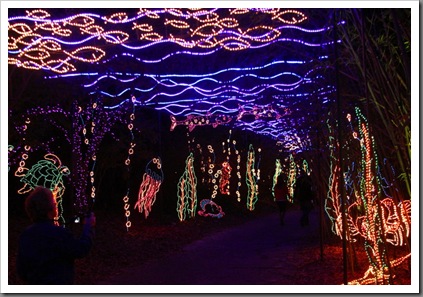 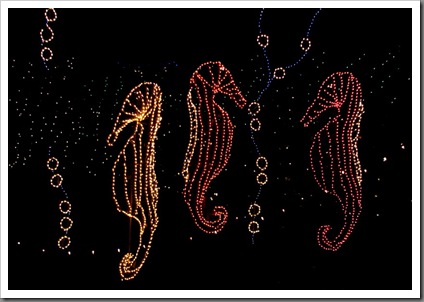 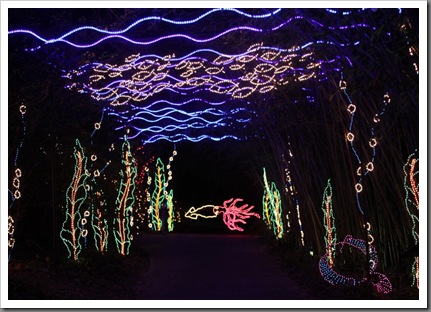 We even saw “fireworks” in the Japanese garden: 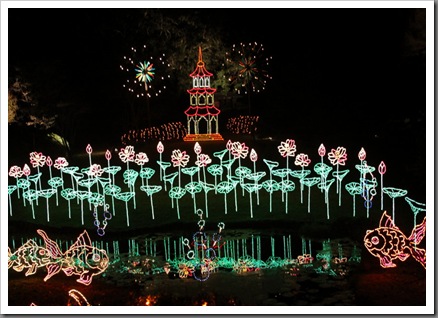 And of course, there must be angels: 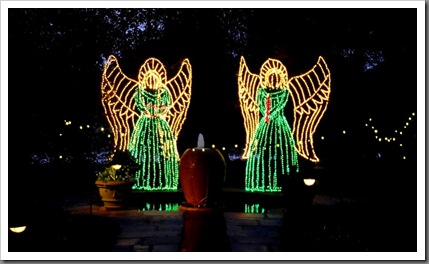 Our friend, Carol, who lives in a community just south of Birmingham, made a get-away this weekend to come see us, and we toured the Bellingrath home and Christmas display last night. What a great tour.  We couldn’t take pictures inside the house, but it is a large and beautifully maintained home from the early 1930’s and 1940’s when the Bellingraths lived there.

We even got there early enough to see some of the beautiful flowers in the garden: 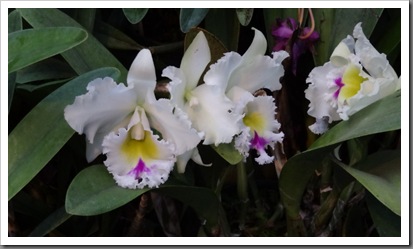 Carol and Jim are trying to figure out 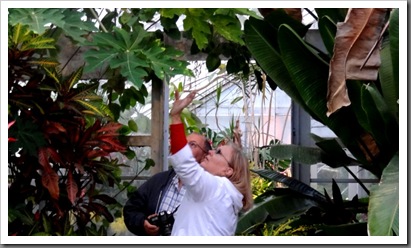 what these are – anybody know? 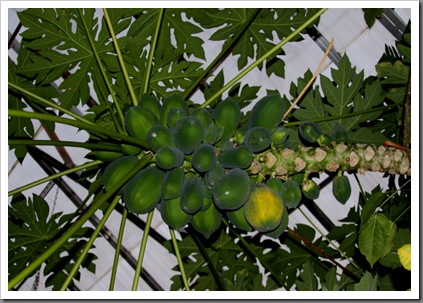 In other news, we’ve put up our own little Christmas display here at the Plantation: 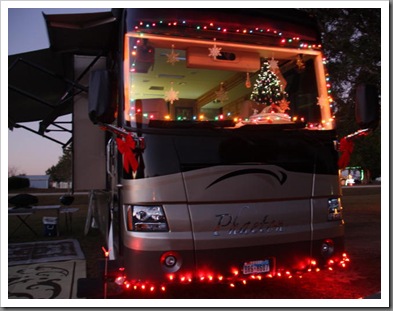 We are settled into somewhat of a routine, I’m still going to line dancing and getting caught up with some home projects such as sorting through clothes, organizing and cleaning, you know, all the exciting stuff!

Thanksgiving day was pretty quiet for us.  We opted to skip the big community dinner and do our own thing here.  We counted our many blessings and gave thanks for all our family, friends and the amazing life we’ve been blessed with.  Oh, yeah, and I think there was some football on TV!

Terry and Randy came over for a quick dinner one evening, Randy was scheduled for a rehearsal that evening, so he ate and ran, but we had a good visit with Terry.  We’re looking forward to attending some concerts in which they’re participating next week.

Another little project we’ve been assigned is a financial planning tool our planner suggested to us.  It was a bit like being back in business accounting class, but between us we managed to ferret out most of the mundane details I don’t tend to think about on a daily basis.  Hey, when I retired, I tried to give up that detail stuff!  But, it’s good to have a plan and map, so we’ll see where that leads.  We know the day will come when we’ll have to “hang up the keys”, and we probably should have some sort of idea what we’d like to do then, and the means with which to accomplish it.

We haven’t heard back from the vet on Mr. Bo Jangles’ biopsy yet, I think we’ll find out this next week.  Meanwhile, both he and Jasmine are happy and energetic.  They thoroughly enjoy their multiple outings every day around the Plantation.

Today, I left Jim in charge of watching the important football games (Go Broncos!), and I spent the day with Carol.  We walked for about an hour on the beach and then rewarded ourselves for that exercise by going out for shrimp for lunch, followed by a nice long drive out to the Fort Morgan area where we watched boats and birds for awhile.

And that’s Life at The Plantation this holiday season. 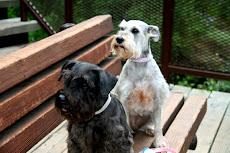 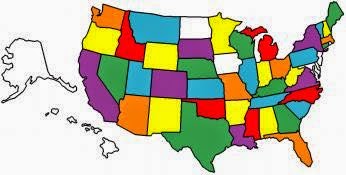